Siena, besides being an utterly beautiful city, renowned worldwide for its Palio (the horse race which annualy takes place in Piazza del Campo), is also one of the most visited province of Tuscany for the rare beauty of its landscape. That’s why a farmhouse is probably the best holiday lodging to stay in for best appreciating nature, culture and rural traditions of this part of Tuscany. 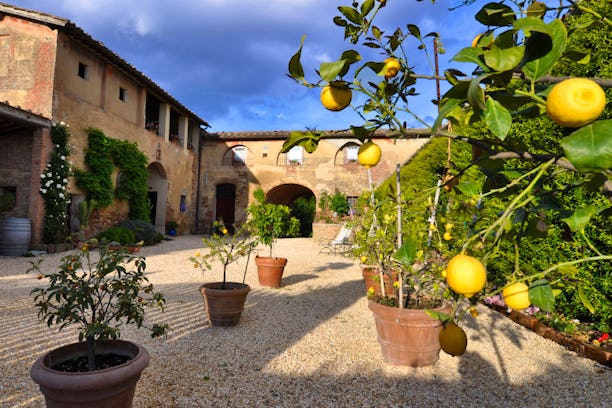 The farmhouse is within walking distance of Siena. The delicious food, wine, views, modern amenities, cooking lessons and comfortable rooms with exceptional panoramic views of the Siena skyline. 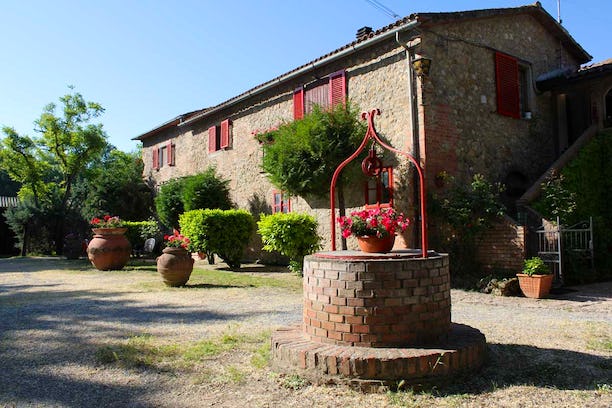 The Farmhouse La Selva is located near Siena and is immersed in 38 hectares of green park. These B&B holiday accommodations feature a pool & a hearty breakfast. 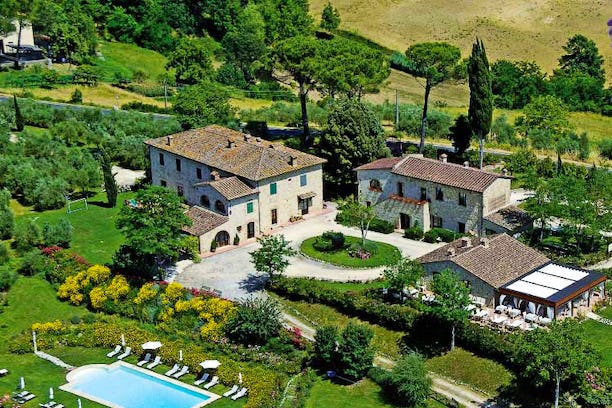 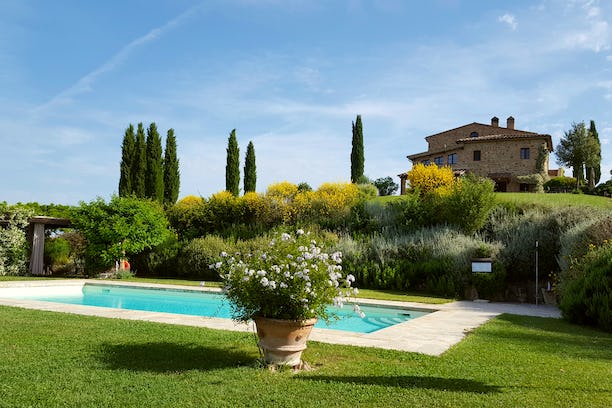 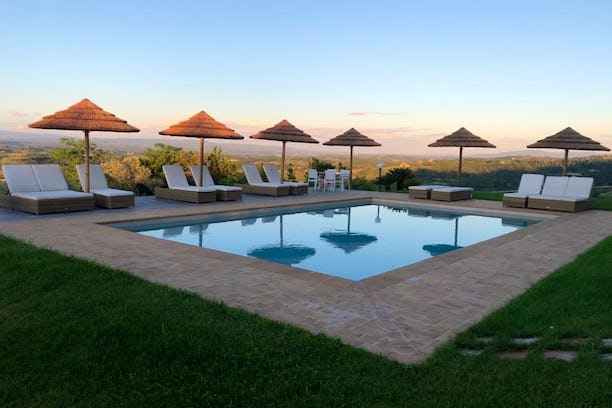 The 5 accommodations in this luxurious, recently renovated farm estate offer comfort & style. Perfect for couples, families & small groups, they offer a magic place in the heart of Tuscany, with panoramic pool and breathtaking views. 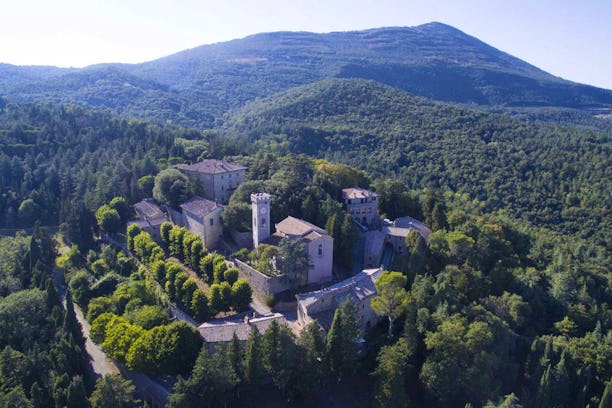 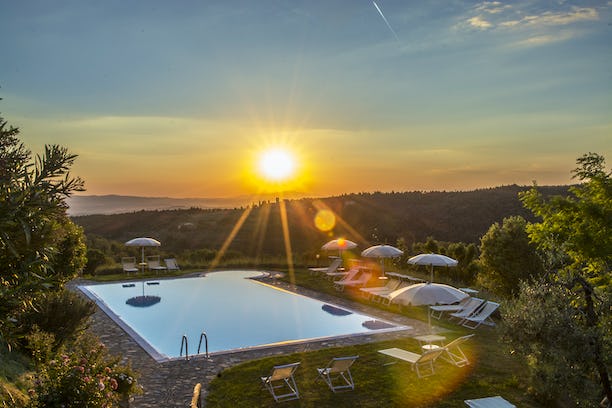 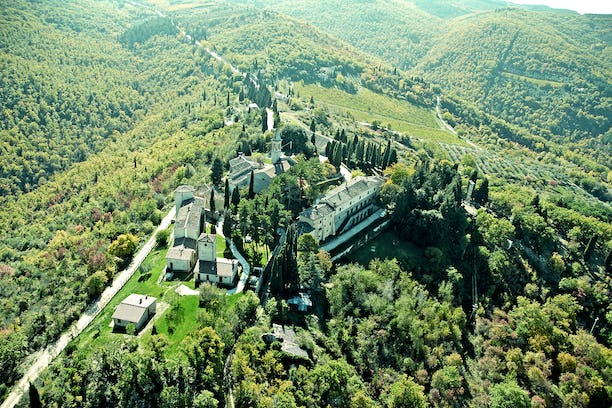 Located between Florence and Siena, in the heart of Tuscany the Borgo Pietrafitta Relais is a mix of vacation apartments and B&B where you find a panoramic pool, lush garden areas, relaxing décor and genuine Tuscan hospitality.

This beautiful farmhouse villa near Gaiole in Chianti offers part of the main villa for your holiday with family & friends and a renovated barn. Great views, a Tuscan atmosphere, attentive service & all comforts that will ensure a relaxing vacation. 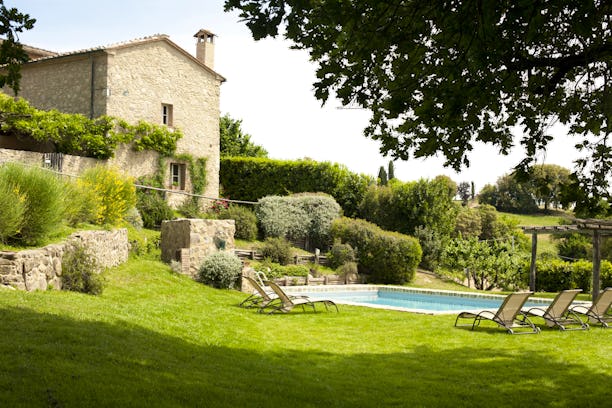 This villa right outside the small town of Monticiano near the Abbey of San Galgano is ideal for weddings & special events. The villa with pool can host up to 18 guests and is just 25 minutes from Siena. 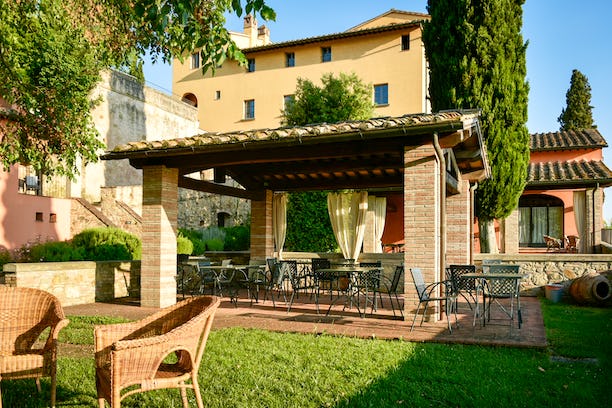 Set among the vineyards of San Gimignano, the 11 self catering holiday apartments at the villa are the perfect base for a vacation exploring every corner of Tuscany, close to enchanting towns, wine tasting, & the beautiful cities of Florence & Siena. 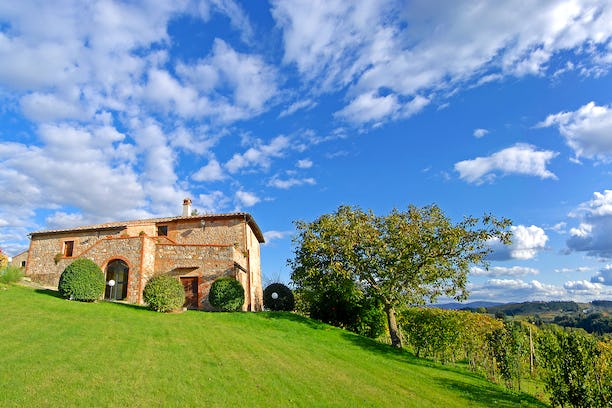 Beautiful vistas from a charming Tuscan farmhouse provides the perfect setting for your holiday vacation near Siena & Florence. Reserve your vacation apartment or B&B rooms at Villa Palagetto and find yourself within walking distance of San Gimignano. 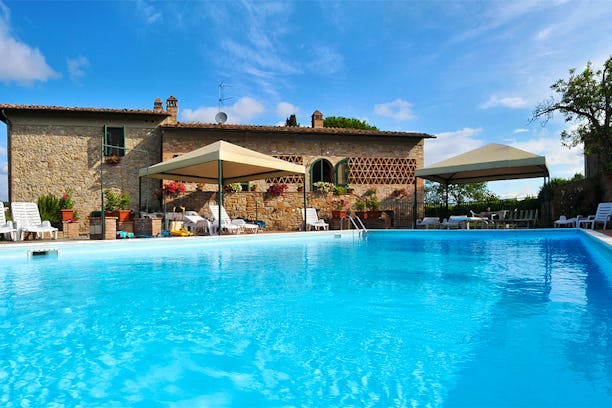 Amidst the Tuscan countryside just 3km outside of San Gimignano, the B&B offers both comfortable rooms as well as apartments for your holiday rental. In the morning guests can enjoy a delicious breakfast, then relax by the beautiful pool. 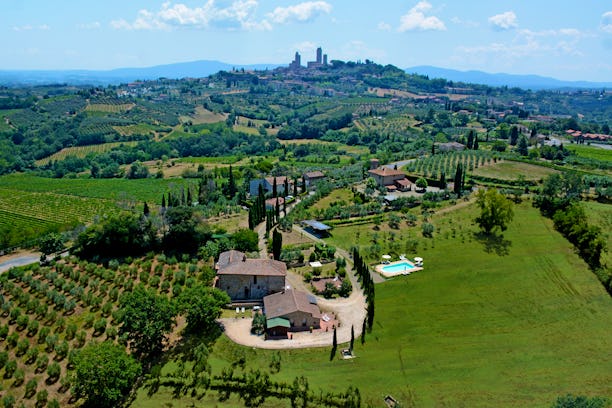 The four lovely vacation rental apartments at this farmhouse overlook the fabulous tower town of San Gimignano. Combine lovely views, fresh air and the beauty of the landscape on your vacation in Tuscany.

Siena, city of food and traditions

There’s no need to tell you about the city of Siena and its marvellous art and cultural treasures, there’s plenty of explanations everywhere; we’d rather prefer telling you what you may enjoy if you choose to spend your vacation in a farmhouse in the province of Siena (farmhouses are usually the best locations for appreciating local specialities).

Almost everyone knows that Siena is the home to many DOC and DOCG wines of Tuscany, being part of Chianti territory (just bear in mind that Montalcino, where the famous Brunello is produced, is located in the province of Siena), and food specialities, but do you know why this city is so rich in food traditions? Well, most of its typical dishes date back to ancient times, to Middle Age to be more precise, when Siena was one of the most important stops along the Via Francigena, the route that pilgrims headed to Rome or Canterbury used to travel. Going back to that times, there are pici, typical handmade pasta, usually eaten with ragù sauce, ribollita, a Tuscan soup made with bread and vegetables, so called beacuse people used to reboil and reboil the leftover soup from previous days. All those typical dishes are poor, according to the Tuscan rural tradition, and so easily prepared for all those pilgrims stopping in Siena during their travel.

And what about Siena typical cakes? You’ve surely already tried (or, at least, heard about) panforte, panpepato, ricciarelli and cavallucci, commonly consumed during Christmas times all over Tuscany... If you still don’t have tried those traditional cakes... What are you waiting for?

Do you know anything about the origin of tiramisù, an Italian delicious cake? There’re some debates, it’s creation is commonly attributed to some confectioners from Veneto, but it is also said that it may have originated in the city of Siena, claiming the invention in honour of Cosimo III and his visit to the city. Anyhow, it’s utterly tasty!!