The Etruscan Coast is referred to both the coastline and the backcountry in the province of Livorno, which corresponds more or less to that area defined Maremma livornese. The origin of this denomination is quite obvious, the Etruscan civilization is in fact the leitmotif of all the area, that still preserve wonderful remains of its amazing past. Thanks to its cultural heritage, as well as the beautiful long beaches, the rocky inlets with clear waters and the bare but fascinating nature typical of the Maremma zone, all those locations have soon become very popular tourist destinations.

10 Properties found: All Accommodations in the Etruscan Coast 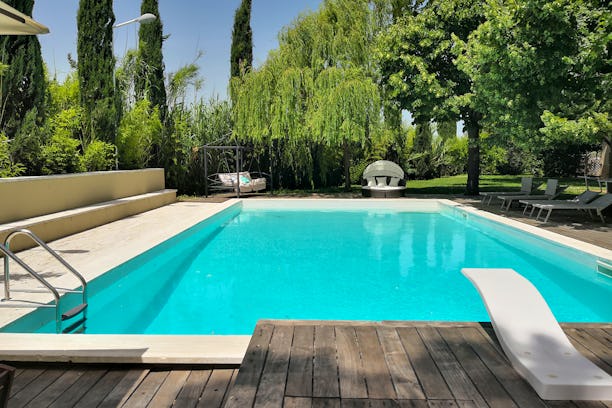 This lovely Villa rental is located in Maremma, at a short distance from sandy beaches, shops & restaurants. The accommodations include spacious living quarters, private pool & garden, wifi, & AC for up to 12 persons. 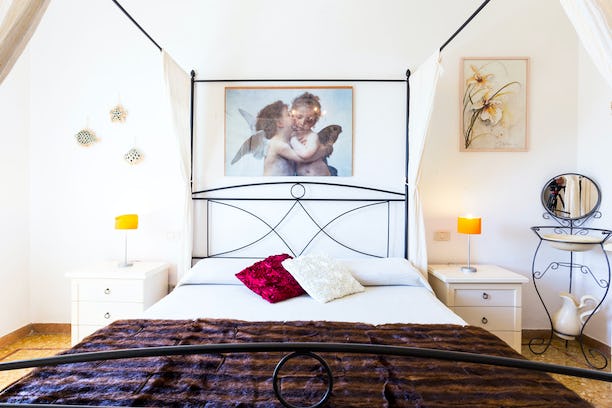 Less than 5 minutes from the beach, Casa Laura is perfect for a beach vacation with shops, restaurants and lots of lively entertainment right outside the apartment. The apartment hosts up to 8 people and has all you need to enjoy Tuscany's seaside! 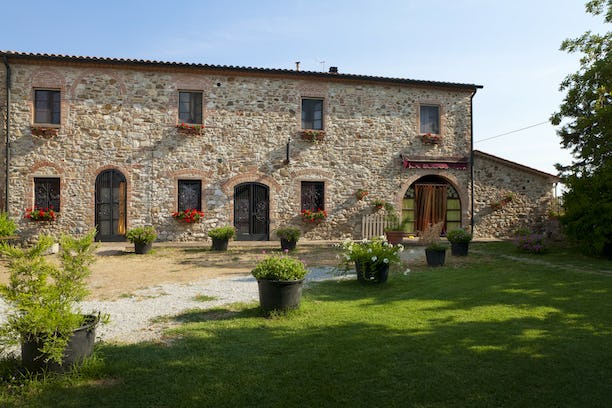 This organic farm welcomes guests to its quiet rural life, with large gardens for relaxing and fresh homegrown produce at every meal. Enclosed grounds, playground and parking make it ideal for families as well as anyone with pets. 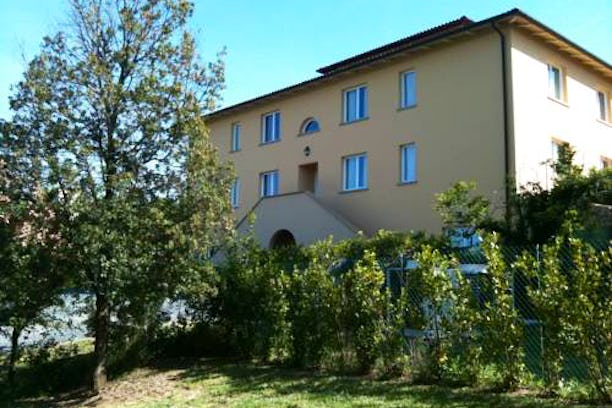 Set in the beautiful Tuscan countryside near Riparbella just 5 km from the sea, this new resort offers both rooms and apartments, indoor and outdoor swimming pools, as well as wellness and business center. 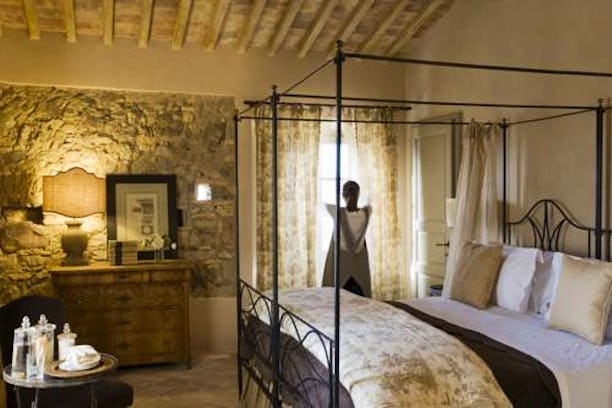 This charming bed and breakfast near Bibbona is located within 15 minutes driving from the seaside. It offers comfortable rooms with lovely views over the countryside. 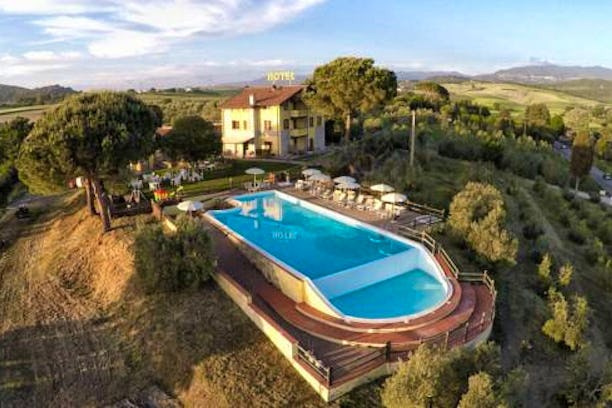 Located just 10 minutes from the seaside, this nice accommodation offers comfortable rooms equipped with major comforts. There is a pleasant outdoor pool. 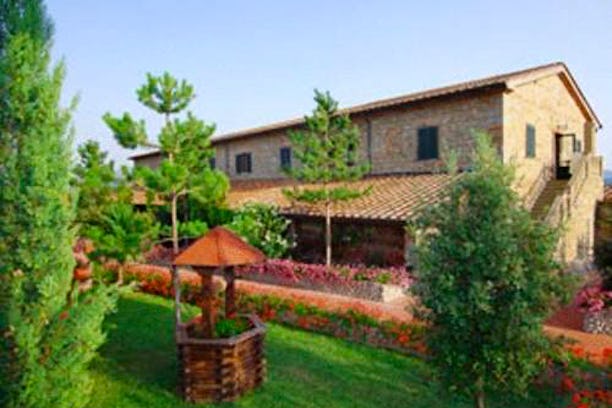 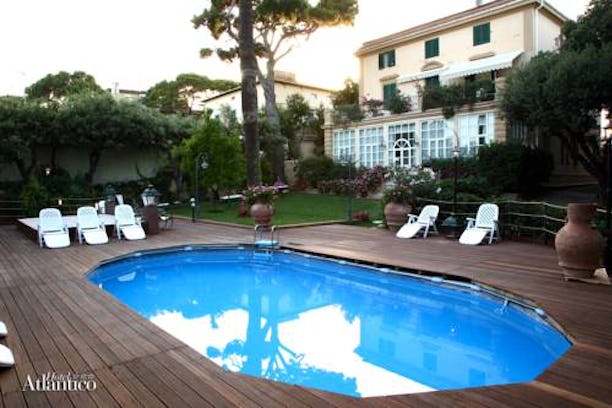 Charming hotel in Castiglioncello. Located a short stroll from the seaside it offers large rooms equipped with modern comforts. It includes two pools, a nice flowered garden and a good restaurant. 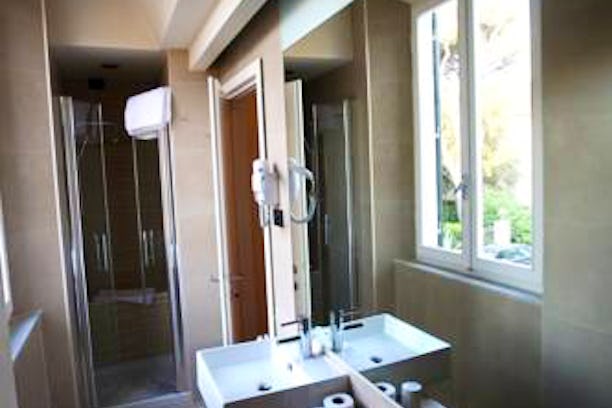 Luxury hotel in Castiglioncello. Located near the train station and close to the seaside it offers nice and comfortable rooms with air-conditioning and free Internet. It has private parking and a nice outdoor pool. 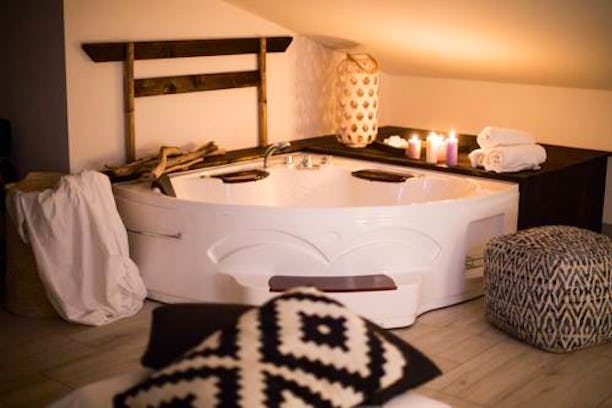 This 19th century country house is a nice accommodation near Castagneto Carducci and the seaside. Rooms are furnished with antiques and there is a nice outdoor swimming pool.

Baratti and Populonia, the core of the Etruscan civilization

Even if the Etruscan Coast is referred to a all municipalities of the province of Livorno (islands excluded), the archaeological remains are mainly located in Populonia and the Gulf of Baratti. Populonia, situated just over top of the Baratti bay, deserves a particular note especially for the nice and small historical centre, still showing some Etruscan archaeological remains, but the actual jewel of the Coast is Baratti. There, it’s still possible to visit (according to the seasonal timetables - which we strongly suggest to consult in advance) the ancient necropolis, today part of the Archeological Park of Baratti and Populonia, a real open-air museum not to miss out. Recently, other surprising remains of this civilization (considered one of the most important Etruscan settlement ever, whose main activity was iron processing, to be more precise) have been found along all the gulf coast, but unfortunately the archaeological works have been started out a long time ago and still not finished up.

The Etruscan Coast is very renowned not only for its cultural heritage, but also for the wonderful beaches, the typical nature of the Maremma area, the services offered: all those aspects have contributed to make this location a very popular sea attraction.

Among all places offering clear waters and refreshing pinewoods against the sticky, hot Summer, Rosignano Solvay deserves a particular mention for its white beaches. This resort actually recalls Caribbean, since the sand, almost blinding, creates a wonderful play of the light with waters.