Forte dei Marmi is an internationally renowned sea resort of the Versilia, situated in the province of Lucca on the northern borders of the Tuscan coastline, right next to the province of Massa and Carrara. Characterised by golden beaches and clear waters, this sea tourist destination owes its success both to its natural features and to the many pubs and discos that always attract lots of people. 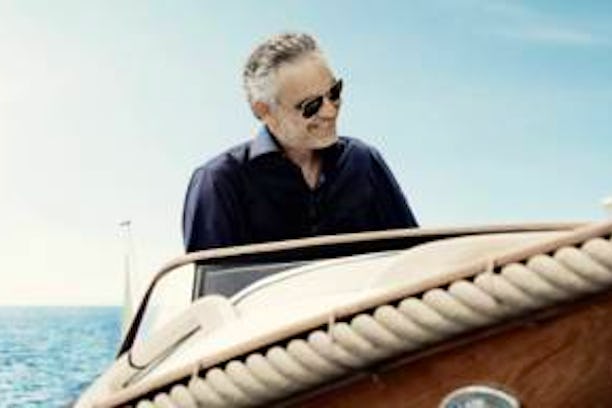 Just 100 meters from the sea, this 5 stars hotel at Forte dei Marmi offers the highest comforts and services to enjoy Versilia's life. 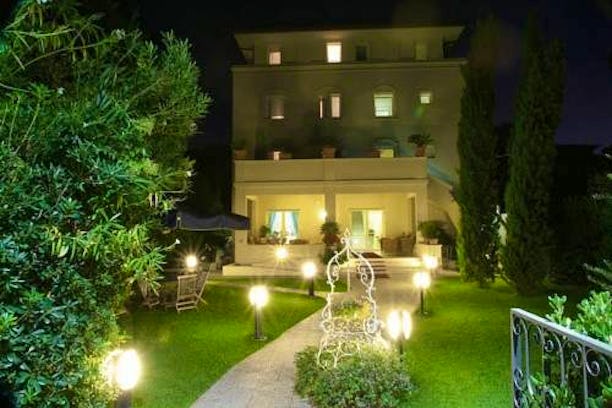 This good value hotel is perfect for a relaxing holiday in Versilia, a few steps from both the city center and the sea. Rooms are simply furnished but provided with all modern comforts, breakfast is rich. The restaurant serves local specialities. 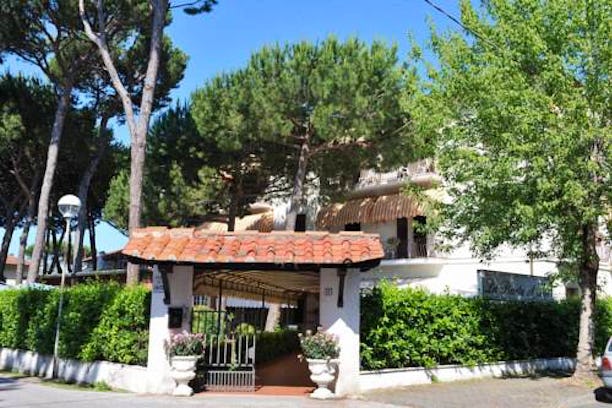 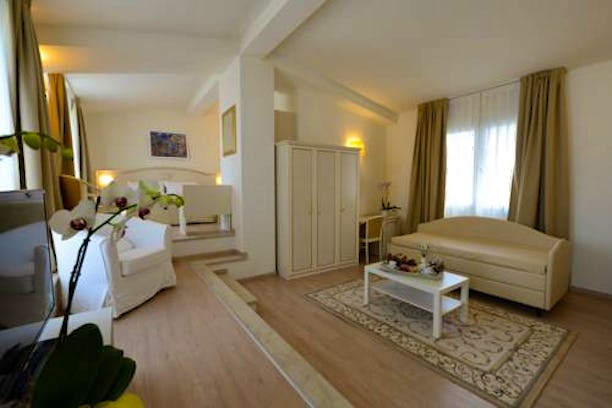 Charming 4 star hotel in Forte dei Marmi. It is characterized by a relaxing atmosphere. It offers a swimming pool and a nice rooftop terrace. Rooms are nicely decorated with a floral theme and equipped with modern comforts. 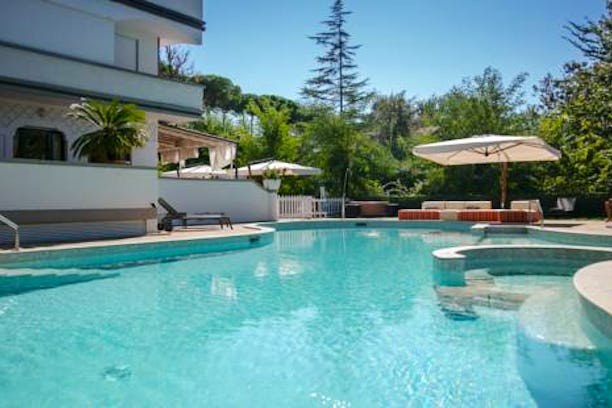 Located just few steps from the sea and main promenade in Forte dei Marmi, this 4 star hotel offers rooms with air-conditioning and a nice balcony. It has a large outdoor pool with jacuzzi, free parking and restaurant. 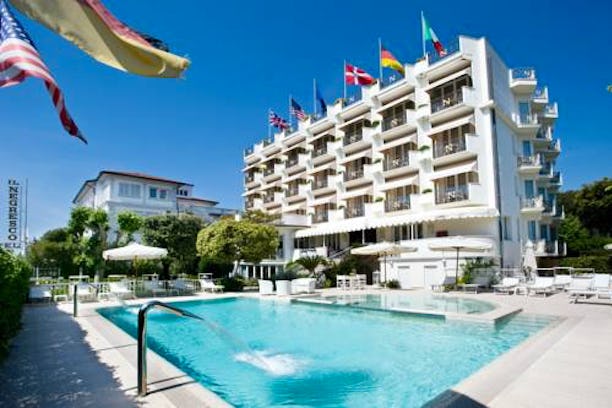 Hotel il Negresco is a 4 stars hotel in Forte dei Marmi that overlooks the seaside and offers quality services and facilities for its guests. 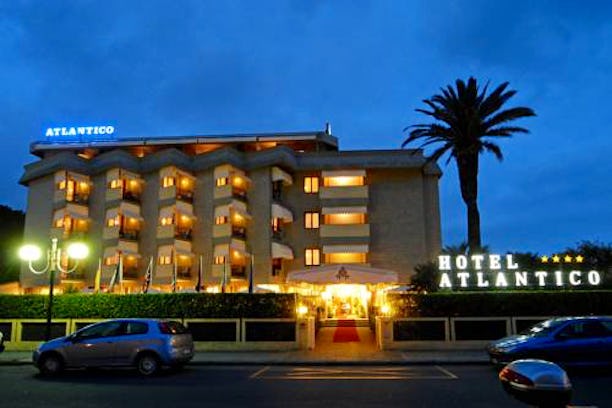 Marvellous hotel situated in one of the most elegant resort in Versilia, Forte dei Marmi. Located just in front of the sea, it offers superb rooms, furnished in classic style and provided with modern comforts, and an awesome roof terrace with sunbeds. 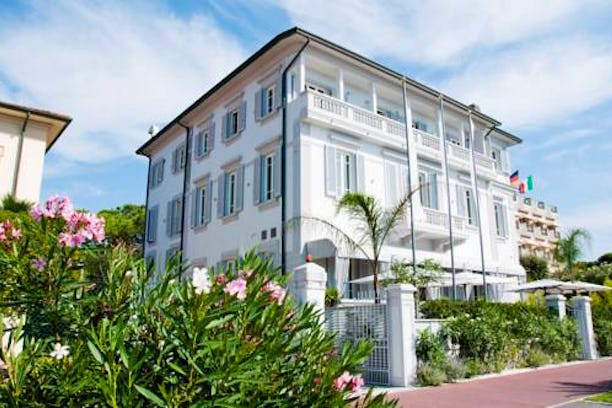 Charming hotel accommodation on the seafront in Forte dei Marmi. Rooms are finely furnished and decorated and have air-conditioning and free- Wi-Fi connection. The hotel has parking and a delicious restaurant. 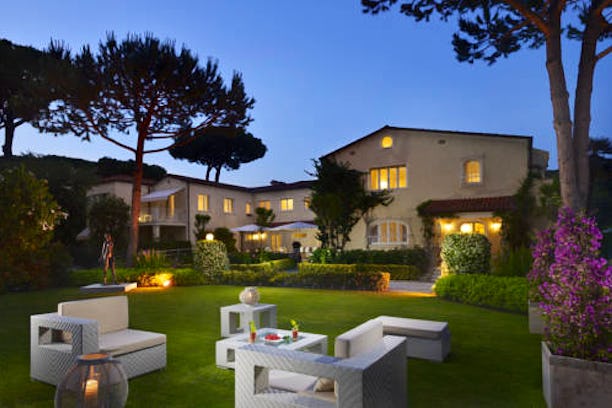 This elegant villa is located in an exclusive area of Forte dei Marmi. It has a nice garden with outdoor pool and jacuzzi. The sea is within walking distance. 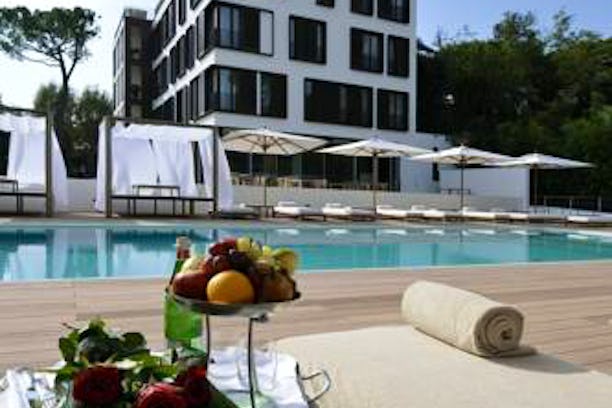 Luxury 5 star hotel in Forte dei Marmi. Located few steps from its private beach it offers the best facilities and has a modern wellness center, outdoor and indoor pools, parking and two restaurants. Rooms are gorgeous.

Located in the quite pine wood very close to the seaside, Logos Hotel is a 4 stars hotel in Forte dei Marmi offering a relaxing atmosphere for your holidays in Versilia Tuscany. 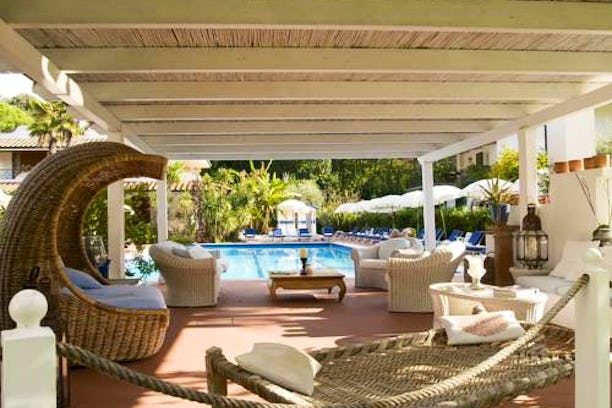 This luxury hotel is surrounded by a peaceful park in Forte dei Marmi. It offer elegant rooms e quipped with best comforts and has a relaxing open-air swimming pool. 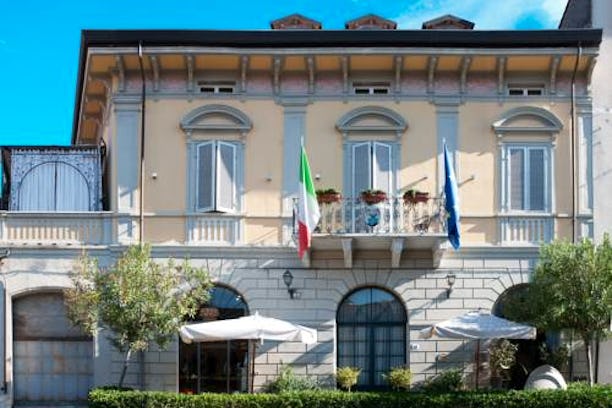 Set in a Art Nouveau Palace near Forte dei Marmi, it offers the pleasure of staying in an ancient residence with all modern comforts. 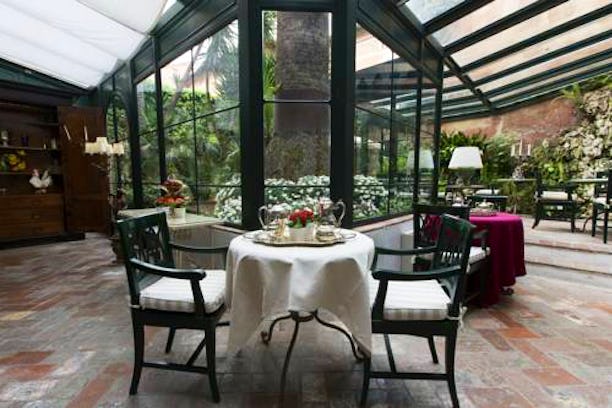 This luxury hotel in Pietrasante is set in a beautiful 17th century building carefully restored. The hotel is located near the train station and the medieval square of Pietrasanta. 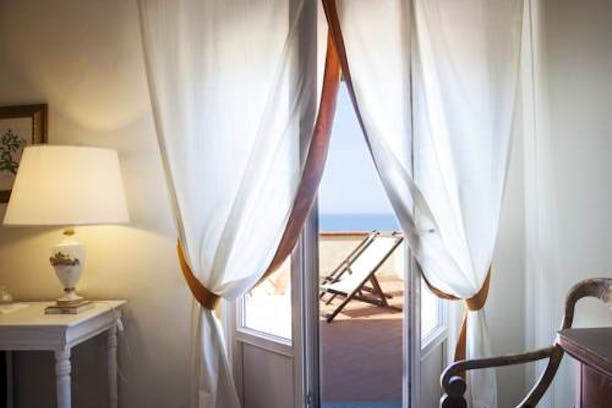 Located on the Versilian Riviera, this luxury hotel is set in a 20th century villa. It offers elegant rooms and many facilities such as outdoor pool, tennis court and children playground.

As the name goes, the sea resort Forte dei Marmi, fortress of marble, is situated at the foot of Apuan Alps from where the famous Carrara marble was extracted to then be transported elsewhere via sea (forte, instead, comes from the old small fortification placed in the centre of the city and built during the eighteenth century). At a stones’ throw from the beaches, then, the Alps are an interesting destination to all tourists loving itineraries among nature, trekking and mountain bike outings, as well as those people interested in discovering the marble quarries and the old extracting activities, the food traditions of the nearby villages like Colonnata, home to the famous and delightful lardo.

The golden beaches with their beautiful and clear waters, moreover, are provided with facilities including umbrellas and deckchairs...nothing less than beaches in other parts of the world!

The Capannina, historical symbol of the town

Forte dei Marmi offers more than just beaches and mountain itineraries close by: it’s a destination well renowned for all the sea clubs and discos that always attract people from everywhere, from tourists to inhabitants to students coming from nearby localities and looking for music and fun. Among all those disco pubs, the Capannina di Franceschini (commonly said Capannina) is the night club par excellence of Forte dei Marmi, symbol of this town which is still mainly dedicated to tourism. First opened in 1929, the Capannina soon became one of the most popular clubs for Italian aristocracy and hang-out for the most important artists of the sixties and seventies. Today the club, which has preserved the name, the fame and its old fashion-styled environment, is a well renowned destination for the young and the young at heart, and no longer necessarily of the elites!

Two of the more interesting traditional manifestations of Forte which are really worth your while are the Palio dei Micci (characteristic parade recalling Renaissance times) and the Palio dei Bagni, a pedalo race among all the local lifeguards. If the close town of Viareggio is home to one of the most renowned Carnival manifestation of Italy, in Forte dei Marmi children are the protagonist of the so called Carnival Fortebambino.

The closest rail station is situated in Querceta, in Seravezza village, on the railroad line connecting Pisa to Genoa, from where it’s then possible to reach other regional and national destinations. For long distance trains, the nearest station is Viareggio. Besides the public bus service, car still remains the most convenient mean of transport for getting there (exit Viareggio or Massa Carrara from A12 highway) and around in the city.